Beginning this week, to help shake off those Monday morning blues, Liquona is going to compile a list of the coolest, the most inspirational and generally the best bits of the web with our thoughts on each thing. We’re going to do our best to make this a weekly thing, depending on our workload.

Extreme sports and awesome cameras have a tendency to go hand in hand for reasons unbeknownst to us. But for whatever reason it maybe this video is yet more proof that they’re like two peas in a pod. Some awesome shots, from REDs, Phantoms and Super 16mm. What more could you want?

Steve Jobs passing last week made the whole office very sad as without him this company  wouldn’t be where it is today. A master of business and innovation there isn’t a person alive that doesn’t know about Apple and the products they create which is why when he passed there was a great sense of mourning towards his loss. Apple stores across the world from Beijing to Basingstoke had flowers and sticky notes put on the floors and windows outside the store. He will be missed, but his legacy will live on. 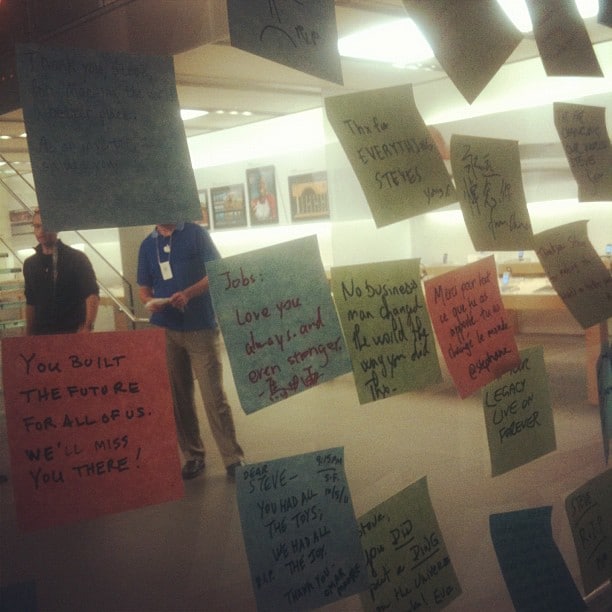 In more depressing news the due to the TV license fee being frozen for the next 6 years the BBC is having to cut 11% of it’s workforce in order to compensate for the monetary losses. They’re also completely abandoning London for their new media centre in Salford Quays. Times are going to be tough for future media graduates as TV jobs will now be more scarce than ever.

Something to brighten the mood. Witness a 4 year old kid find out for the first time who Luke Skywalkers real father is in that epic scene from Empire Strikes Back. A real candid camera moment.

Playing in the dirt with Twixtor

I love slow motion. It’s one of my favourite things in the world. Which by default means I love the Phantom Flex camera and the Twixtor plug in for Adobe Premiere/After Effects. This film belongs to the latter. The Twixtor slow motion as well as the colour grade and lens flare effects in this short piece are fantastic and well worth a watch.

Are DSLRs videos days already numbered? This music video was shot entirely with the iPhone 4 using the 8mm app and then edited in FCP. Obviously I exaggerate a bit, imagine turning up to a film set with just an iPhone, but technology seems to be headed that way.

Canon rumours are coming out almost daily about what the announcements on the 26th October and 3rd November are going to be. We can’t wait and are really hoping for a S35 Video camera that’ll take all our EF lenses.

The penultimate link and if you’ve hung around for this long then you deserve this one.
In this video we see a girl who was born deaf hearing for the first time thanks to a cochlea implant. Truly wonderful.

Bill Gates and Steve Bullmer get their boogy on

And finally, geeks can be funny too!

We hope you enjoyed all of these and your week ahead doesn’t seem as dull.