Sony may have just thrown a spanner in the works for Canon with the announcement of the new Sony FS700. The camera is expected to cost around $8,000 and whats phenomenal about this camera is the fact that it has the ability to shoot 120fps and 240fps in full HD and it can do higher frame rates to but at a cost of resolution size. Other features include a built in ND filter, something sorely missed on the FS100.  And thanks to a firmware update a little after launch of the device you will be able to shoot 4K RAW, an external 4K recorder will need to be bought from Sony it you can be pretty certain in the fact that it’s not going to be cheap at all. 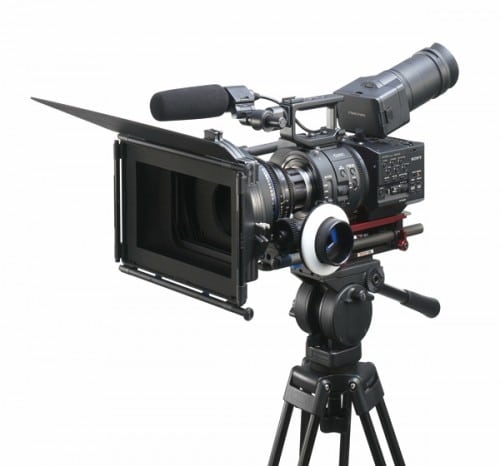 However to get a 4K ‘ready’ camera for under $8K is pretty amazing. Sony have priced this little box of tricks to go straight after the Canon C300’s piece of the S35 pie and they may just be able to take it too!

What this will also do is drive the prices of it’s forebear the FS100 down. This is great news for smaller production companies or cinematographers wanting to purchase a ‘proper’ film camera. It will be interesting to see what happens to the rest of Sony’s camera range for example how will sales of the F3 deal with this new beast?

Exciting times indeed and apparently Panasonic are announcing a new camera this week as well so even more toys to look at. This is going to make camera purchase choices even harder now!