What’s so powerful about video?

So what is it that makes video so powerful?

A picture says a thousand words…

Well, if one picture can say a thousand words, think about what 25 pictures per second can communicate. I know that this is a cliche, but there is some great meaning in this statement. Video content can engage a viewer on multiple levels at the same time, reinforcing your message to them. Visual stimulation for the viewer comes from the video, and audible stimulation is delivered from the audio, either as a voice over, music, speech.

So what can video do for you?

Video can be the most effective way to commentate a message. Here is an example of video being used to deliver a very powerful message. 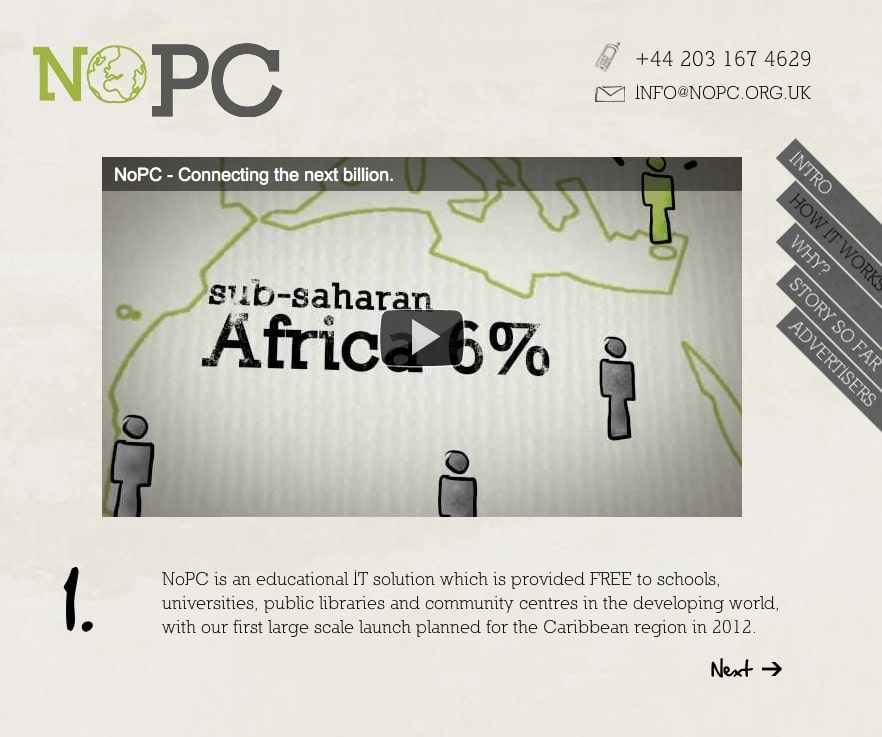 The video content here is featured as the main function on the website. No longer is video just for television and high end corporate video production. Video is for everybody if you’re selling a new tooth-pick, delivering an internal message to staff, selling a home, or simply showing off your companies abilities then video is right for you.

Video will help to position you where you want to be.  For example if your company wishes to appear global – we’ll create a video that shows you to be a global company, subtly suggesting to your web visitors your amazing global positioning. There are so many applications of video that it is impossible to list them all in a simple blog post. We’d love to talk to you about video application for your company / school / charity / anything else!

Due to the rise in video production standards both in television, film and corporate video, it’s no longer acceptable to produce low quality videos. Viewers are wise to video quality whether they realise it or not. We always recommend making videos as good as a budget possibly allows it to be. We also have a policy to put as much of your budget on screen as possible. That means that your video will look and feel like a bigger budget production whatever the budget was. It is so important not to cut corners / rush out a video production before it’s ready.

The way you deliver your video to your viewers will vary greatly from; YouTube, trade shows, websites, DVDs etc etc. Each video will have a different application. One thing that we would encourage, is to think about timing. For example we were involved in an online YouTube project that included many many YouTube training videos aimed at Joe Blogs. Rather than releasing them all in one hit, we trickle feed them into the market, meaning that a bit of excitement and anticipation could be built for the next video. Just something simple to think about.

So in summary, your company / charity / school / business / project (delete as appropriate), does need video!