Is 3D actually really worth it?

Please pardon the terrible pun, but this is a somewhat serious blog about 3D in cinema and a bit about 3D at home.

3D videos and films are here to stay whether we want it to or not. I do believe however that it’s being pushed to far too early by the film production companies. It’s still, I think in its infancy and directors are clambering for it like its the new must have toy they want for at Christmas.

I have some issues with it. The fact you still need awkward glasses is frustrating, and some films are so dark after being converted during post production it’s hard to see the content. In short, I find watching a 3D film can feel a lot like a chore. I also believe it’ll be a while before I can watch a 3D film and the effect blends seamlessly into the film.

Whenever I watch any film that drags, I will start to methodically take it apart (look at the Mis En Scene, would I have edited it that way, thats a nice camera angle) etc. Obviously I do this as a result of making films for a living, but this only happens when I get a little bored. If it’s an engaging film, I’m so engrossed by the story that I’m more concerned about wondering whats going to happen next and how the character will respond and just ENJOYING the film. With 3D films, I get the sense it’s all about the spectacle over the story – when in actuality the two should go hand in hand. I’ve yet to have seen a good drama or character based film in 3D, all the big 3D releases have all been either action films (Transformers 3, Avatar) or kids computer animated films (Toy Story 3 etc).

But then, this could be a genre thing? I doubt we’ll ever see a version of something like Pride and Prejudice in 3D because surely no director will actually see the point in doing it like that. Or is that just me?

I know quite a lot of directors are loving filming in 3D. And they’re the big guns too. Peter Jackson is currently filming The Hobbit in 3D with 48 RED Epics. 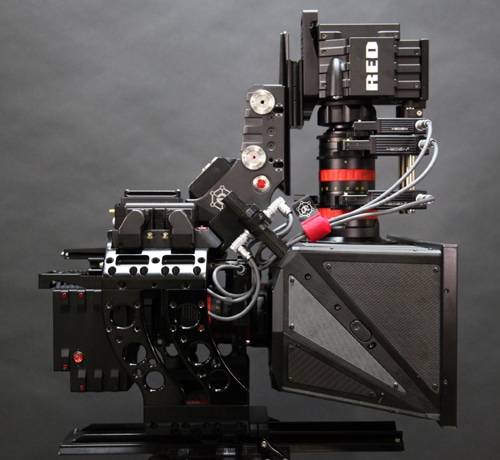 There’s two RED Epics in one rig as they’re too big to put side by side and get the interocular (the distance between human eyes) needed for 3D.

The duo becoming known as ‘The Beards’ George Lucas and Steven Spielberg love 3D. Lots. So much so, Lucas is rereleasing Star Wars The Phantom Menace in 3D in 2012. Action movie and explosions master Michael Bay was convinced by James Cameron to use 3D in Transformers 3. And speaking of, Cameron’s rereleasing Titanic next year in Post converted 3D … this just screams money making schemes to me.

More recently joining the fray, the director I’m more likely to pay attention to is Martin Scorsese. He’s said that he wanted to use the 3D in his new film, Hugo, to give the impression that the viewers were in the middle of the story. This actually isn’t an uncommon phrase from directors using 3D, but this is Scorsese! It’s something I couldn’t see being done with 3D since, as previously mentioned, whenever a director has used 3D in the past it’s been all about spectacle. However, now consistently good directors (Jackson & Scorsese) are talking about using it as a story telling device properly …. I’ve become more interested in it.

Sadly even despite this there will be films that will continue to convert a film to 3D in Post Production leading to an incredibly dark screen ruining the visuals, especially in darker scenes (Thor and Clash of The Titans are guilty here) and there will continue to be films that will use it as a marketing gimmick. If the films good, use the fact that the films good as a selling point rather than the fact it’s in 3D. The fact it’s shot in 3D shouldn’t matter… at all, like the fact something was shot in black and white, if the stories good and the visuals work it doesn’t matter.

There are also a rather large number of people that can’t actually see the effect 3D is supposed to bring be it through poor eyesight, epilepsy, nausea caused by prolonged viewing or a number of other ailments.

I believe people are starting to coin onto the fact that it’s all starting to appear a bit gimmicky, as if the whole ‘jumping out of the screen’ effect wasn’t enough to make them think that. Ticket sales of 2D screenings of films like the recent Harry Potter and Pirates of the Caribbean (in the USA) very much outsold their 3D counterparts.

It certainly doesn’t help that most people certainly can’t recreate these scenes in the comfort of their own homes since 3DTVs are massively expensive and most require you to wear those annoying glasses at home. There are some TVs that can do it without the need for this but this is where Cinema has seriously jumped the gun. No one is going to get any use out of their 3DTV for a long while yet, Sky TV is still experimenting with it really and using it for Sport, BBC is quite a bit behind them and even video games developers like EA, who initially were quite excited by the prospect, are starting to turn their noses up at it because no ones buying 3DTVs. Crysis 2 was released in 3D and very few people actually used it and Nintendo’s apparently slightly unhappy about sales of it’s new handheld system the 3DS, hence the price drops.

Like I said earlier though, 3D isn’t going away, not least when the money hounds that are Lucas and Spielberg have anything to say about it. And with companies like Sony and Panasonic throwing millions into development of 3D films and cameras such as this one… 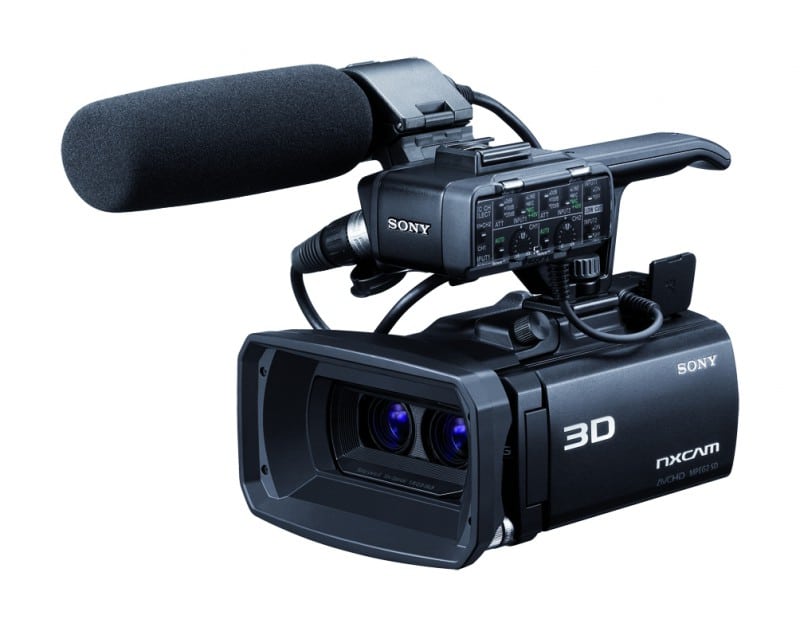 I obviously come across as a skeptic, but I honestly am looking forward to when 3D gets better and truly becomes the immersive storytelling tool Scorsese says it will become but until then I will continue seeing 2D, headache free versions for a little bit less money.

What About Corporate Video Production

Well, the corporate video production world is a different place altogether. Other than some great applications of 3D for training videos, then there isn’t a lot of point right now. Most corporate films that we create are shown on computers, laptops, projectors etc, most of which 3D is a distant dream. We haven’t yet been asked by a client if we can produce a 3D film for them.  This isn’t to say that it will be this way forever!

Please by all means leave a comment below with your opinion on 3D.