We were the first agency, outside of the USA, selected to produce films like this for LinkedIn in 2010, and we are pleased to still be delivering digital communication solutions for them.

The film features LinkedIn's client, ITV, and was shot in the offices at ITV studios in London during one day with a medium size crew.

Our brief was to tell the story of how LinkedIn had helped empower ITV's recruitment strategy, reaching out to passive candidates, building their brand presence in the market and allowing a more efficient 'cost per hire' figure to be achieved.

As with all of our films, our offer was to make the film engaging to watch and suitable for a wide ranging audience, not excluding less informed viewers whilst giving enough information to satisfy those who are informed.

We believe that the way a film looks and functions says as much about your brand as what is actually verbalised, and so we ensure that the production values are as high as can be achieved for the budget.

We helped LinkedIn by formulating the plan for the film in the 'pre-production' stage, both in terms of content, visuals and style.

For this client case study film we produced the film on filming day - putting the contributor at ease, achieving the required footage and ensuring our filming activities not only caused minimal disruption to LinkedIn's client, but in fact helped to strengthen the relationship. Our mantra is that 'we make you look good', and that underpins every element of our work.

Testimony case studies like this are a hugely powerful way to communicate the value of your service to your audience. By not only featuring an impartial voice, but also showing that the customer is willing to put their face and name to that testimony, the viewer is able to invest significant confidence in your offering.

The film has been used beyond its original intended scope and is used as a case study in other markets.

The film was delivered on budget, on schedule, and on message: we have never gone 'over budget' on a single project, without exception. 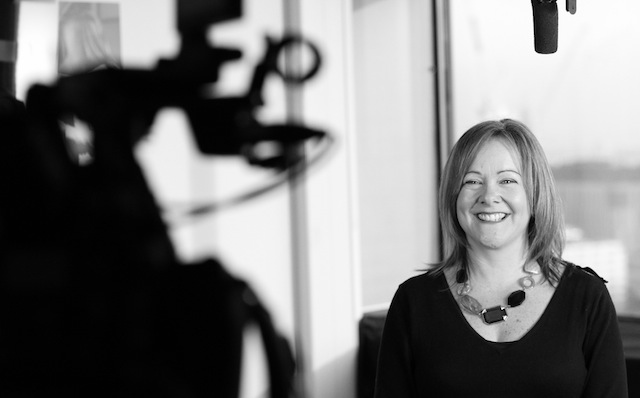