Working within military constraints is always challenging, and with just two days to film at separate RAF bases in Norfolk and far-flung northern Scotland, our shooting schedule involved numerous logistical issues and required precision planning. As the RAF personnel we hoped to film were involved in active campaigns, we were unable to confirm in advance which interviews we would be able to get, or even if there would be any Tornados on the ground!

MoD security constraints also meant we were unable to show specifics of the simulator training, so we used graphics in post-production to emphasise the high-tech nature of fighter jet simulation technology coupled with interviews with the end users – the RAF pilots themselves – to testify to the exceptional training Thales provides.

Filmed on our Sony FS7 camera, the end video was subject to Ministry of Defence clearance, and has been used by Thales to market the service to global air forces. 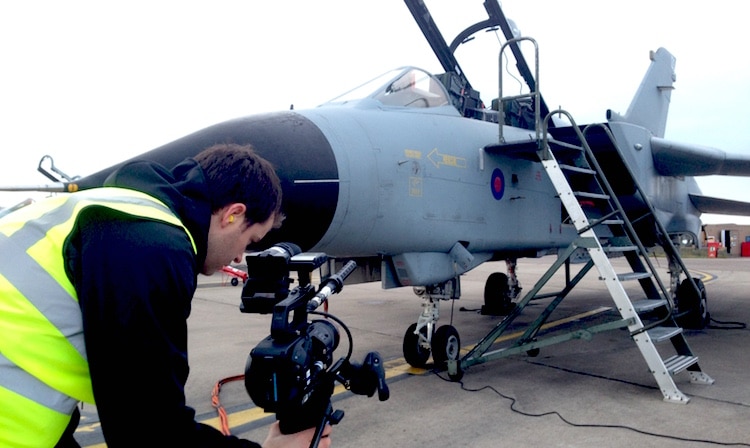