We’ve carved out a bit of a niche role as specialists filming overseas for NGOs and producing charity videos. It’s an absolute privilege to do such work, but isn’t without its challenges!

‘Fail to prepare and you prepare to fail!‘ Fact! You never really know what you will find on the ground and the production brief needs to be flexible enough to reflect this, but you will massively increase your chances of success if you are well prepped. One of our mantras at Liquona is ‘Luck favours the well prepared.’

Preparation starts with the brief.

We discuss the brief fully with the client and the likely scenarios that will be encountered on the trip, getting a good idea of the key values behind the brief. If things are not as hoped when the crew is on the ground (often the case), if you know the thinking behind the brief, you can proactively come up with solutions that will still meet with the needs of the project.

Next the kit. It needs to be tough and carefully packed, ensuring minimal excess baggage charges, but also being as lightweight and ‘reactive’ as possible.

We choose cameras that have minimal mechanical working parts (tapeless), and that have a good multipurpose wide – zoom lens (prime lenses can struggle to capture a brief moment if they need changing half way through some action.) It all depends on the likely scenarios.

Think ahead… All the usual location kit is needed, but the isolation of foreign shoots will mean some ‘cub scout’ skills may be needed. Be prepared to solve your own problems. For example, we don’t just pack a power socket adapter, we tape spare fuses for British plugs to the kit (where will you find one in the Himalayas otherwise?!) Pack zip ties, epoxy resin and micro screwdrivers so that camera repairs can be carried out in the field. Pack a small paint brush to brush dust off of the camera body and out of equipment buttons etc. If working somewhere humid, pack silica gel sachets in tupperware pots to store your rushes and keep them dry once stored. Pack a few sweets for local kids, but avoid chocolate which doesn’t travel well and avoid wrappers which instantly get littered. I could go on… but my top tip is to always take some British tea bags! They’re the best and a decent brew does wonders for team morale!

There’s a blog post of its own to be written about kit, and if we get enough requests we might just do it.

Putting the interviewee at ease is always important. I was not sure why in a recent interview the contributor was reluctant to sit in the space I had prepared for him under a beautiful palm tree. It was in the shade and so I assumed would make them comfortable. It was explained to me that no one likes sitting under palm trees when the coconuts are near to dropping!

It is so important to be cautious and sensitive to local customs and values. In the UK it is not uncommon to help a female contributor with their mic as required. In the developing world it is best to demonstrate and then allow the female to fully mic herself, asking another female to adjust the mic if it needs adjusting, and to make a point of  looking away whilst the mic wire is run under clothing. A reflector is hugely important when filming dark skin, to lift the light levels, but needs to be used carefully to avoid cooking the contributor. I always pick a spot that means the contributor will be in the shade, as will the translator, producer and crew if possible. Interviews take a long time in a foreign language and are tiring enough without burning in the sun. Pick a spot which has a dark backdrop too (e.g. trees or buildings), as if it is open space it will be ‘burnt out’ by contrast to the dark skin which is in the shade.

It is tempting to film everything you see when abroad, because it is all new and exciting.

Experience teaches you when to shoot and when to ‘let it go.’ Knowing what you actually need will help the post production schedule significantly.

It is important to keep the English translations on camera next to the mother tongue delivery as it will be impossible to remain faithful to the original message if translations are not well organised. This starts when filming, but continues in post production.

When subtitling foreign language speech it is best to synchronise the cuts of the subtitles to the cuts of the visuals, as ‘off cuts’ are distracting. Generally when producing charity videos avoid punctuation in subtitles too, as once you start using it, you are bound by its conventions and they will not always flow well across several cut points.

Those are just a few thoughts, and I could easily assemble a huge presentation on the lessons learned from experience, but in general… Be prepared, Be sensitive, Keep your head and Enjoy, as it’s an absolute privilege!

A few of our charity videos can be viewed on our portfolio page here. 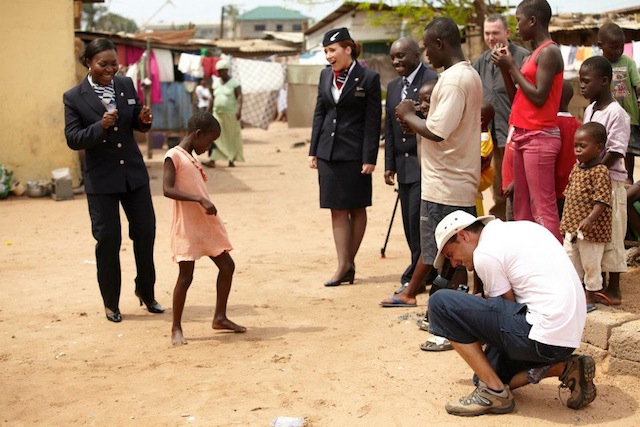