Post Production is the part of the video production that comes last (hence ‘post’) and consists of getting all of the shot footage off the cameras and sound recorders used and ready to edit. Followed by the actual edit and finally the encode which makes the video ready for whatever output you want it for.
When I say that this is where the magic happens I don’t kid, films can be made entirely in the edit suite and the same is true for the opposite. A bad edit can ruin the flow of the film and make people turn the video off. 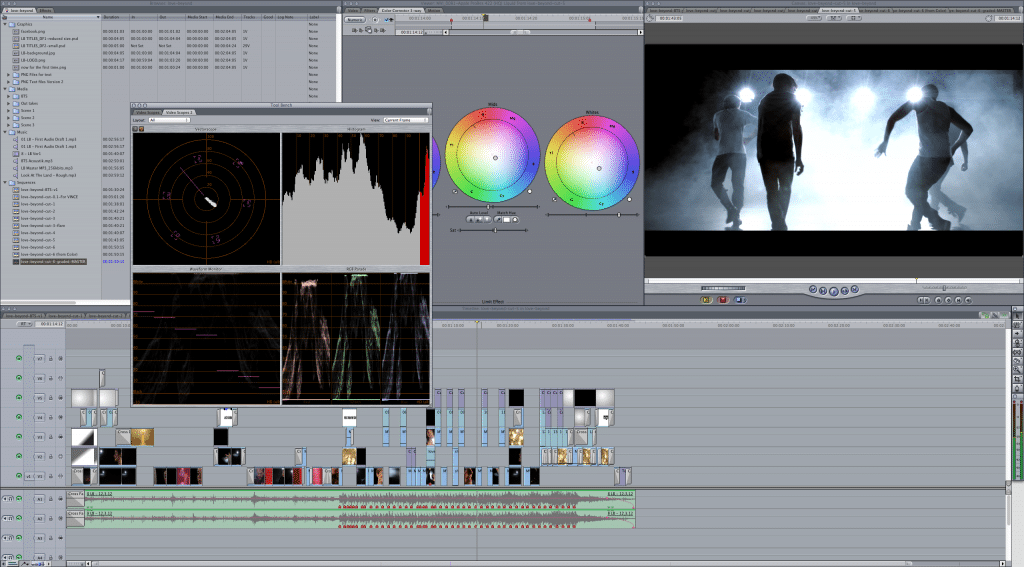 What makes a good edit?

Well if by the end of a film you’ve seen in the cinema you say “wow that guy can act” then you’ve also seen a film that’s been edited superbly. It’s the invisible art of the video production world because if it’s good, you won’t notice it. But what makes it good? Aside from avoiding the typical mis-edits like audio not syncing and jump cuts it can be hard to judge what makes a good edit without seeing what’s been left out. We always send out clients a version 1 of the edit for them to send back any revisions. This is a very common practice with all video production companies as the client isn’t usually with us when we edit the film so the only way we can get it to exactly how they like it is to send it their way. A good edit will help the narrative of what ever the video is of flow much better and help the viewer engage more with whats being show on the screen.

What makes a bad edit?

If you begin to get bored, not understand what the product actually is or actually start to notice things wrong with the video ie, poor colour correction, sound not in sync and things like inconsistencies, where for example, the actor would have a glass in their left hand in one shot then it cuts to another shot and the glass has moved to their right hand then you are most definately watching a bad edit. When a company hire a production company to make them a film they expect the film to represent the company in the best possible way. A bad edit can ruin a potential customers view of the company and make them stop watching.

If you’d like to chat to us about our editing services then head on over to our contact page.