Filming for HExpress, the online clinic, we managed to film a total of 110 videos in three days. Our target was 20 x one minute videos per day, however we had prepared 110 scripts in case we got further than expected.

How was it possible to film so many videos?

Well, glad you asked! For this video production we were not using autocue (a device that enables the presenter to read the script whilst looking directly at the camera). Each video had a brief summary prepared by HExpress detailing the content needed in the video. Dr Hilary was simply amazing at delivering the scripts quickly with minimal mistakes. For this reason alone we were able to film such a large quantity of videos in three days.

The 7D was the wide shot for the shoot and can be seen on the left of the above image.  This camera was on a moving dolly to add depth to the production.  The C300 was the closeup camera for Dr Hilary to look at. 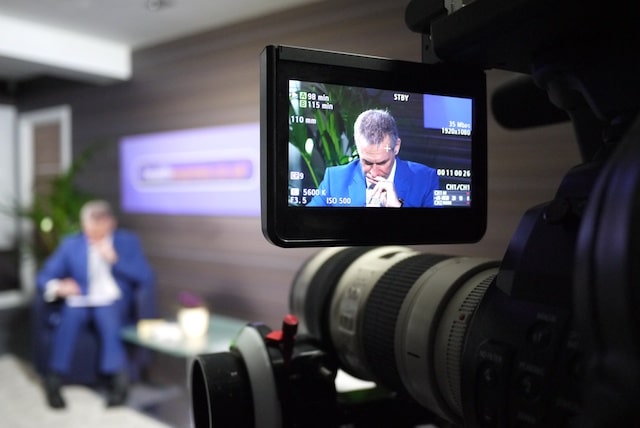