The Boeing Chinook Mk6 is a new aircraft differing in structure to the previous marks.
The first Mk6s were delivered to the RAF at the end of 2013 and in 2014 we were lucky enough to film the inaugural UK test flight on UK soil.

The mark 6 features new Digital Automatic Flight Control System (DAFCS) and an updated cockpit.
Boeing required a film that would tell the story of the unique working partnership between themselves, the MOD and the RAF that has enabled the launch of this new variant.

With an experience of film production in the defence sector, we are used to operating in a hosted capacity on a military base.
Capturing stunning visual results must also be balanced with working extremely fast, as the schedule on a base is not under our control; the planned flight operations can change many times in a matter of moments, meaning every opportunity to capture ‘what you can, when you can’ must be taken.
One of our favourite mantras rings true when filming defence : ‘Luck favours the well prepared!'

Production content was managed by The Umbrella Organization and the film was shot across several days on location at RAF Odiham and Boeing’s office in London using a Sony PMW200 and Canon C300. 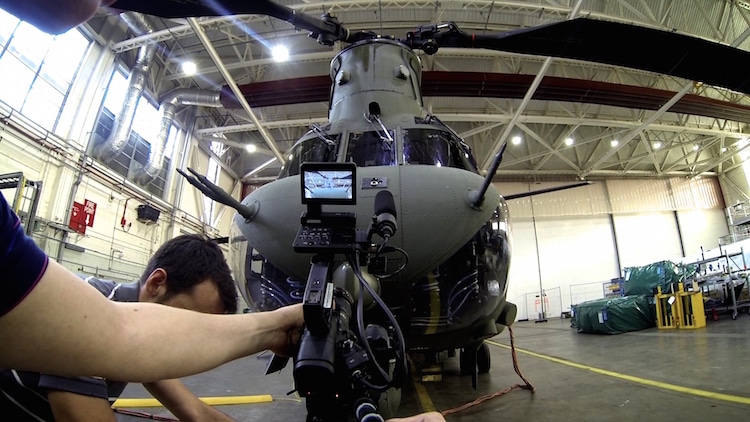